In 1985, newlyweds Freddy and Cathey Daughtrey were looking for ways to supplement their income. After noticing how nicely the Daughtreys kept their lawn, a neighbor told them he knew a retired banker looking for an individual to care for his yard. The Daughtreys took the job, which through word-of-mouth, soon became several more.

"We finally had to quit our jobs and go into this full time," Cathey Daughtrey explains about the newly created Daughtrey Lawn Maintenance.

The push mower they started with soon yielded to the couple's first Grasshopper mower, which Freddy bought used from a friend. Another used Grasshopper followed.

"The first new Grasshopper we got [in 1988] was a little model 1212," Freddy Daughtrey says. "We thought we were really doing good then." Little did they know their residential business would soon be expanding into commercial contracts, as well. "We never dreamed we would be that big."

Big is just what it became, though. Today, Daughtrey Lawn serves more than 30 clients in the Paris, Texas area. Clients include Fortune 500 companies, offices, banks and a school district.

What began with that original lone Grasshopper mower is now a fleet of eight. Over the years, the Daughtreys have been offered opportunities to demo other mower brands. "We would bring one home…make a loop or two and go, 'It's not a Grasshopper,'" Cathey says. "There's nothing like a Grasshopper," Freddy agrees. "They are more reliable, durable and comfortable than any other brand."

Freddy also cites the responsiveness and excellent service he receives from his dealer, K&G Mowers & Equipment in Paris, Texas, as well as the Grasshopper support staff, the few times a repair has been needed. "They're just a call away," Freddy says. "They're always ready to come out and get you back on the road and back to mowing."

Grasshopper's MaxTorque™ Diesel mowers have had a positive influence on the business, Freddy says. "The fuel economy is a lot of it. We'd run them side by side [with gas powered mowers] and you'd fill up the diesel tank once in the time you'd fill the gas tank up twice." He cites the better torque and power, as well as Grasshopper's easy maintenance, as additional reasons he now prefers diesel.

According to Cathey Daughtrey, the company's choice of mower brand is one key to its success over the past 30 years. "It's the customers, it's the employees, and it's Grasshopper," she says. 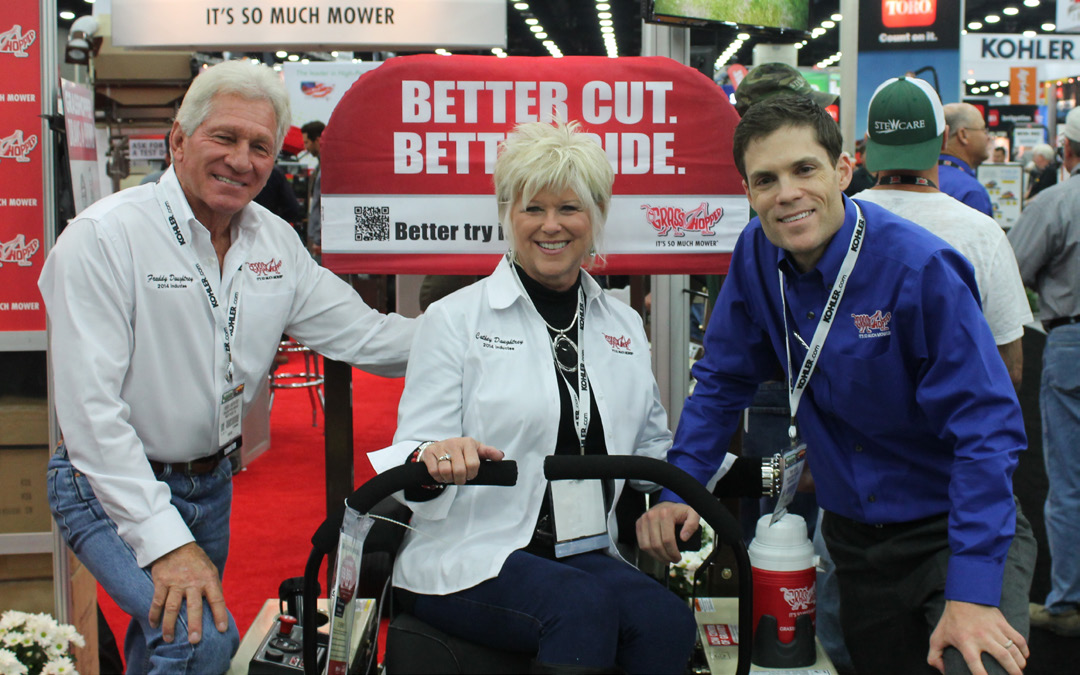